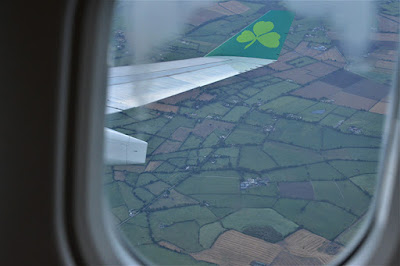 Some months back I decided to go to Ireland. The main incentive was a travel bloggers conference and I thought why not? I needed a vacation, the conference would be a good learning experience, and I would spend several days before AND after the conference doing my own thing. It sounded perfect.

I love going new places, seeing new things, trying new food, getting no sleep, rushing from one place to another trying to fit it all in. All the fun things a vacation should be.

I anticipated this trip for months. I looked at guidebooks, researched my destinations online, and asked anyone who had been to Ireland what I should not miss. As always, I overpacked - but I am getting better at taking less of what I don't need and won't wear and although it didn't feel it, my luggage was under the weight limit. In trying to reach that goal I think my carryon weighed as much as my checked bag though.

My plan was ambitious - a bit too ambitious as it would turn out. But I still managed to cram a lot in, see most of what I intended to, and then some. So, without further introduction... Ireland, here we come!

The annoyances began immediately. My video on the plane did not work. It froze up every time I tried to view anything. (All I wanted was to watch Beauty and the Beast.) I ended up napping instead. I lost a favorite scarf upon arrival trying to locate the car rental desk which ended up not being in the terminal as advertised (well, a desk was, but agents and cars however, are not). I got a little lost right out of the airport, trying to follow a map, but it quickly dawned on me that I had a GPS! So, a little lost, but look, Malahide! I didn't think I was going to squeeze this one in but I was so close I might as well! My first Irish castle. 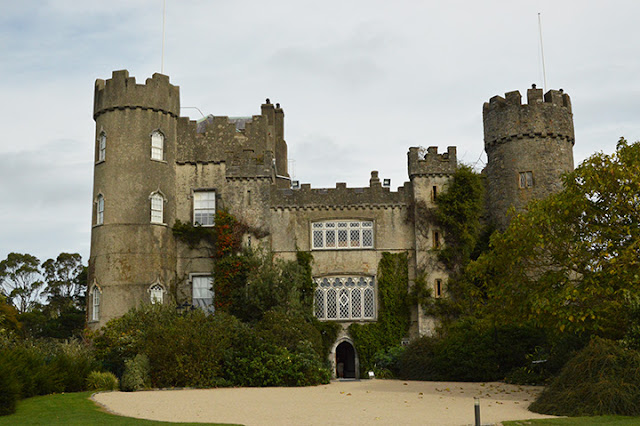 Malahide castle is one of the oldest in Ireland, and home to the Talbot family for 800 years. A guided tour will give you some of the history, and entrance into the walled garden. There are a couple of shops as well, including Avoca - a fine retail Irish experience! One can spend way too much time browsing in there. And spending. 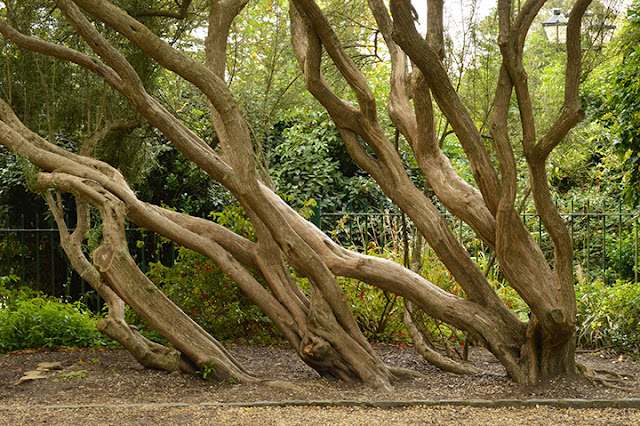 After a brief time at Malahide, I hit the road. The toll road as it turned out. Driving on the left is not as bad as everyone makes it out to be. After all, everyone else is driving on that side so it's easy to remember. Roundabouts take a bit more getting used to.

My route was from Dublin (or rather, Malahide) to Oranmore, a couple hours drive. Just outside of Galway, it is midway between Connemara to the North and the Cliffs of Moher, to the South, both of which I planned on seeing.

My hotel, Armorica, was a delight! It would be my home for three nights.  A generous parking area in the rear is something I would come to sincerely appreciate and desperately long for later on in this trip. 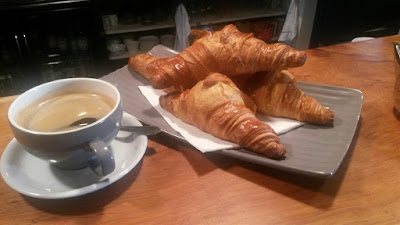 Nicholas and Natasha, a young couple, just opened Armorica in March of this year. Nicholas is the chef too, and what a chef! Fresh croissants for breakfast, a surprising gourmet menu for dinner, and a nice selection of good wines. It's nice to feel spoiled right off the bat.

The name Armorica is the name given in ancient times to the land between France's Seine and Loire rivers, based on the Gaulish phrase are-mori "on/at [the] sea", made into the Gaulish place name Aremorica (*are-mor-ika ) "Place by the Sea". Perfect for this place, as it is not only by the sea but Natasha is from Dublin and Nicholas hails from Normandy, in France.

Next installment: Connemara and Kylemore Abbey


As always, words and photos are my own, and require permission to reprint.
However, feel free to share the blog in it's entirety. In fact, I encourage it!

Sometimes, you don't have to travel far from home to find fun stuff.

I like classic cars and I like old cars, so I thought I would check out the D'Arcy Route 66 Classic last weekend (August 19, 2017) at the Rt. 66 Raceway. The raceway is part of a complex that consists of the dragstrip, a dirt oval, and the Chicagoland Nascar Track.  Billed as a "tribute to all things vintage" I thought I would check it out. I'm glad I went! 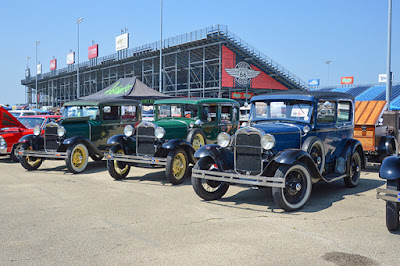 Not only were there cars, cars cars! but music of the '50's and '60's, drag races, vendors and a Miss Pin Up contest filled out the day.

Read more »
Posted by Mauverneen at Saturday, August 26, 2017 No comments:


Previously I posted about my trip to Salt Lake City, Utah - now it's time for the rest of the story! 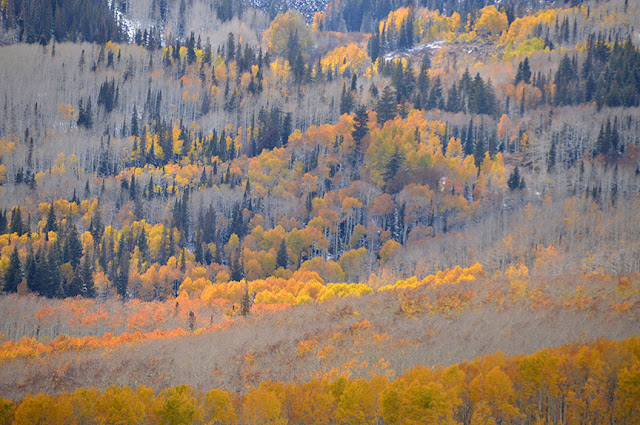 Touring SLC and seeing the Lake was just one of several day trips. My base was actually in Park City. While SLC is down in the 'bowl', Park City is higher up in the hills; about a 3000 ft difference in elevation. 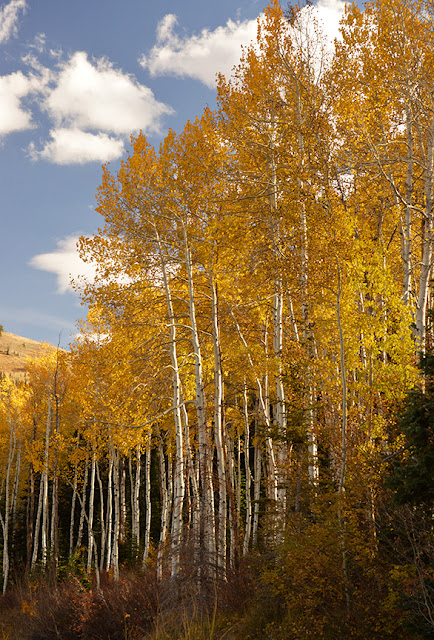 Early October was a beautiful time to be there. The Aspens were in their golden glory!
Read more »
Posted by Mauverneen at Thursday, June 08, 2017 No comments:


A recent trip to the Salt Lake City area put me in downtown Salt Lake for a day. No trip to Salt Lake City is complete without seeing the great Salt Lake itself and Temple Square, a 10 acre complex belonging to the Mormon Church. Both are well worth the time and just a short drive apart. It took us less than 30 minutes. (We being myself and my daughter and her husband who just recently moved to the area.) How could I resist a visit?

We experienced a variety of weather conditions that day, coming from Park City at an elevation of 7,000 ft. where it had snowed, to rain in downtown Salt Lake City (elevation 4330), to warm air and sunny skies at the lake’s 4200 ft. elevation. 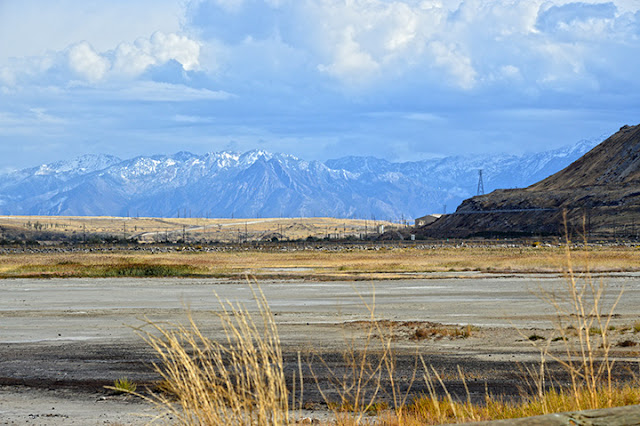 I always feel a little jealous when someone tells me about their wonderful vacation. I love to travel - and there are so many places I want to see.

But it gets me thinking. Ever since that movie came out everyone’s suddenly got a ‘bucket list.’ They have the top 10 or 100 or 5,001 places to visit before you die. I’ve come up with a ‘bucket list’ of my own - for travelers. But it’s not about picking which places to visit, sometimes it’s not so much WHERE you go but how you experience the journey.
Kind of like life.

1. Visit your nation’s capitol. It is amazing in ways you never imagined.

2.  Visit a foreign country. Whether it’s one city or a tour through the countryside, experiencing another culture is a great experience. And what better way to bring people together than to reach across barriers.
3.  See one of the natural wonders of the world. It could be , or it could be the but standing on the edge of a majestic work of nature is a humbling experience. It makes you realize how small you are in this world. 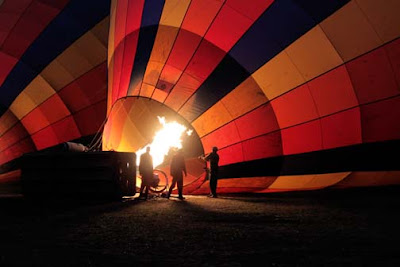 We almost didn’t go. The thought of getting up at dawn didn’t sound very appealing at the moment and my daughter and I debated whether it would really be worth it. We had scheduled an early morning balloon ride but we’d had a couple of very full days on our safari and now we were tired. We had seen so much – lions hunting, hippos bathing in the river right outside our tents, stately giraffes sauntering across the landscape, the wildebeest crossing – how much better could it get?
My son-in-law convinced us not to wimp out.

The early morning wake-up call; soft footsteps on the wooden deck outside my tent, a voice telling me it was four o’clock, the gentle clink of a pot of coffee being left on a tray outside my door.


has been getting a lot of attention recently – the wedding of Will and Kate, the Queen’s Jubilee, and the BIG EVENT – the Summer Olympics.  Lucky people who not only get to see history being made, but the hustling, bustling, beautiful city of itself!
I had a 24 hour stopover in and wondered exactly what I could see in that short a time. After doing enough walking to give myself blisters on the bottoms of my toes, I can tell you that with a little advance planning you can actually see quite a bit.


From Kensington to the London Eye, I detoured through some of the most famous of London’s beautiful Royal Parks, past two Palaces, a couple of well-known Cathedrals, Parliament, Big Ben, crossed the Thames and even managed to squeeze in some souvenir shopping here and there. And of course, I was shooting photos every step of the way.

Surrounded by lovely gardens and impeccably manicured lawns Kensington Palace housed the recent royal newlyweds for a time, was the official residence of Diana, Princess of Wales, and was the birthplace and childhood home of Queen .